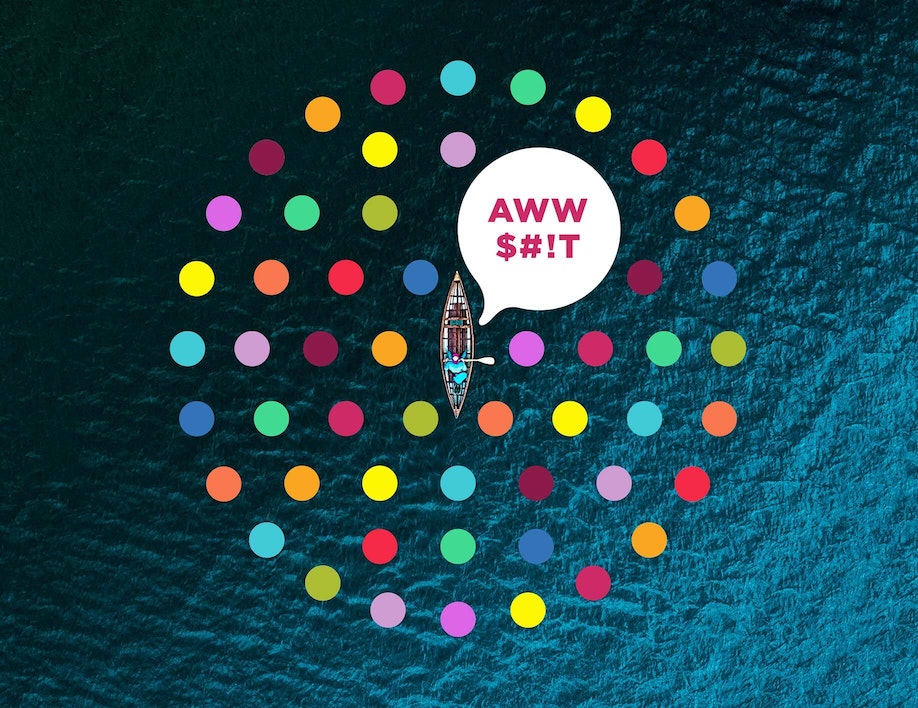 I have this recurring phenomenon where my best creative ideas visit at seriously inopportune times. As a writer for a creative agency by day and songwriter/musician by night whose brain is often trying to grab at creative seedlings floating about, I’ve learned that if I don’t get a good idea down when it’s piping hot, I’m going to lose it. I might not lose the whole idea, but I’ll surely lose the sparkle.

The last time I lost a great one was a few years ago. I was asleep. And dreaming…

I was standing at the back of a bar listening to one of my favorite bands play a mesmerizing new song. The melody line snaked through the crowd and wrapped around me. Looked me in the eyes. Harmonies filled the room with an orange glow. Guitar and piano exchanged heavy punches. The sound deepened and the orange pulsed, and brightened until…

I woke up. And I realized, laying there at 4:00 am, that it wasn’t their song. It was mine. A gift delivered to this humble songwriter’s subconscious from the ether. (Thanks, muse!) And the idea wasn’t just a seedling; it was shimmering and colorful and ready to burst into a full-grown tune I knew I’d love.

So I laid there feeling great about myself, looking forward to waking up again at a sane hour to record the idea. At 4:02 am I was already excited to bring this gem to my band. I thought to myself, ​“I should get up and record it now. Just to be safe.”

Only I was damn comfortable right where I was. And anyway, the song was clear. It felt safe, locked in. So I stayed put, repeating the melody in my head just in case, figuring I’d remember it. Figuring I’d polish it up in a few hours. Figuring I’d just gotten a great one for free.

And when I woke up a few hours later, it was gone. Not partially gone. Entirely gone.

I squeezed my eyes tight and tried to grab it back. I reimagined the dream, summoned the band, felt the orange glow. I heard the sound of the song, but the idea itself had vaporized. A few feeble minutes later I knew I’d lost it. I’d betrayed myself.

So in defiance, I made a vow: If I ever get a creative idea I’m even remotely excited about — no matter where I am, no matter how comfortable or out of range or tied-up I may be — I will make an immediate effort to capture it.

And boy has my muse has taken me up on the challenge.

Since taking this creative oath, I’ve found that capturing good ideas requires far more than just mustering up enough nerve to get out of bed. An almost proportional relationship now exists between my enthusiasm for an idea and how cumbersome the process will be for me to capture it.

She (my muse) seems to enjoy delivering these glimmering, colorful seedlings at the most awesomely inconvenient, or awkward, or downright annoying times. But I’ll always love her for delivering them. After all, what a gift it is to be in touch with one’s muse in the first place. So regardless of where I am or what state I’m in when she sets one in my lap, I thank her profusely, assess my situation, then set to work on figuring out how the hell I’m going to get the idea down.

Situation: 3 miles out on trail run, no phone.

I’m bouncing along the headlands just north of San Francisco, overlooking the Pacific, and from out of nowhere a lyric, with melody, pops into my head: Bloodstains on our history / Destroy entire nations.

I repeated it a few times and thought, ​“I don’t get it.”

Then another: The road of opportunity / Is laid with good vibrations.

A guitar riff followed. I sang the whole phrase a few times and sounded the riff. About a quarter-mile later I started to definitely like it. It was taking on meaning, and taking shape for a catchy chorus.

The idea was evolving quickly, and I became nervous, remembering that I’d left my phone (read: Voice Memos app) in the car. I didn’t want to be burdened on my run. But now I was in fact, creatively, quite burdened.

You took a vow, remember?

I had to abort my run and record it as quickly as possible. My brain raced.

Umm, find a stick and scratch the lyrics into a dirt patch behind a bush, then mark the spot with rocks so I can come back and photograph it later.

Ridiculous — too Robinson Crusoe, and I don’t have that kind of time. I stood in place for a few seconds before accepting that there’s no other option except to…

Turn around and haul ass back to the car. Which I did, repeating the song-bite like a mantra without stopping. On the way, my beloved muse continued to deliver. More lyrics. And now a verse melody! I upped my pace to race-level and focused hard.

When I finally reached the car, I realized I hadn’t left my phone there. I’d left it at home! Shiiiiiiiiiiiiiiiit. I searched the glove box and the door pockets and — a pen and napkin! Victory.

But the pen didn’t work. It probably hadn’t worked since I put it in the car 6 years ago. Motherf —

So I scratched the dead ball-point onto the surface of the napkin. I felt the song slipping toward the ether, but miraculously, I etched out the lyrics in time, raced home, and recorded the idea. In the end, the song became the first track on my band’s latest album.

This one started off as the standard ​“idea in the shower” scenario. I was shampooing, and suddenly a strong storyline for a client video series I’d been planning comes into clarity as if it popped from the Pantene bubbles. It was a nuanced narrative that would tie several independent scenes together. I needed to dry off fast and get this idea down, so I rinsed, then shut off the water. But…

I suddenly heard another voice in the house, talking to my wife. I paused a second and recognized it. Awkwardly, it was an old acquaintance-friend popping in for a spontaneous visit. If it was a close friend I could have blown by him with a, ​“Hey! One sec…” But to wrap myself in a towel and run past someone I hadn’t seen in at least a year so I could find someplace to record an idea felt uncomfortable to say the least. Yet clumsy as it may be, it was the only option. I took a vow.

I busted out of the steamy bathroom and owned it:

“Hey man, amazing to see you! I’ll give you a proper hello in a sec. This looks weird but I’ll explain — “

And so I grabbed my trusty iPhone and ran half-naked into the backyard.

Sometimes, you have to make a mess, own it, then clean it up afterwards. In fact, I often have to do that. Good news is that it works, and so far, I don’t think anyone thinks I’m legitimately insane.

I’m engaged in my agency’s conference room with a colleague and three clients when a melody floats in from out of nowhere. Ugh. (But thank you, muse!)

Under everyday circumstances I’d never leave a client meeting to record a melody, but this was a pretty little thing and I was eager to get it down. I’ve done the same in reverse too, having stepped out of the rehearsal studio to capture ideas for client projects. I see it as part of the greater service of creative work to foster special ideas regardless of what I’m working on when they arrive.

Still, I was on the verge of letting this one go when I got a little lucky. Right after the idea popped, my colleague had begun walking the client through our internal process — something I’m intimately familiar with. I could slip out for 2 minutes with no disservice to anyone. But I had to do it in a way that didn’t suggest this meeting was anything but a high priority. My brain raced:

Excuse yourself to the bathroom… No, you’d have to bring your phone to record the idea which would suggest that you have somewhere better to be. Maybe just write it down — you have almost-perfect pitch so you’d probably get the chords right… No, it’s hard to capture melody and feel on paper.

I remembered the orange-glow dream. I had to record it.

“An almost proportional relationship now exists between my enthusiasm for an idea and how cumbersome the process will be for me to capture it.”

So I casually stood up and stepped out, leaving my phone on the table with a confident air of ​“nothing to suspect here.” I ran upstairs to borrow my colleague’s phone, which I’d use to call my phone and sing the melody onto my voicemail. Wait, shit. My phone will ring in the meeting and emphatically remind the room that I’m not there. They’ll then picture me on the toilet, and I don’t need that image in their heads.

But then — yes! I took my colleague’s phone, stepped into the parking lot out of view of the conference room, recorded a voice memo, emailed it to myself, then deleted the voice memo off her phone, crossing my fingers that it went through. It did.

I returned to the meeting and didn’t miss a beat. No harm, happy clients, new song.

The role of a muse is more than just a giver of inspiration. She’s also there to remind us that turning inspiration into a finished creative product takes commitment. She prepares us for perspiration by testing our willingness to chase a creative seedling, capture it, and nurture it for as long as it takes to blossom.

This is also the case when the creative process is reversed — where the perspiration comes first. To this, Hemingway famously said, ​“There is nothing to writing. All you do is sit down at a typewriter and bleed.”

So thank your muse, and remember this lesson the next time a great idea hits you when you’re…

Situations like these test us. And they make us better at our craft.

Sometimes, you’re just hosed. Yesterday I was sitting in my barber’s chair. My barber is old school, and older — I put him around 87. He moves slowly and he’s a nice guy that’s been cutting hair for 60 years. Boxes of used LPs sit on shelves and on the floor. Mingus, Stan Getz, Buffalo Springfield. He listens to them and sells them, and I usually end each haircut with a $5.00 record in hand.

We had a rapport going. A slow-paced conversation on a sleepy Sunday afternoon. It was a kind of harmony. We were listening to each other. He was telling me a story about his records. How he came to love them and collect them. How it opened his ears to new cultures. And somewhere in the middle of his story a glimmering song seedling streaked by. I sensed that it could be a good one.

But I also sensed that he would be disappointed and baffled if I leapt up, claiming that I suddenly had to pee.

I just couldn’t break the moment. The rapport. The harmony.

So I let the idea fade back into the ether.

Maybe it will arc back in my direction someday. Or maybe I just left it as a gift for someone else to grab. If the latter is the case, and you find it, use it well, friend. 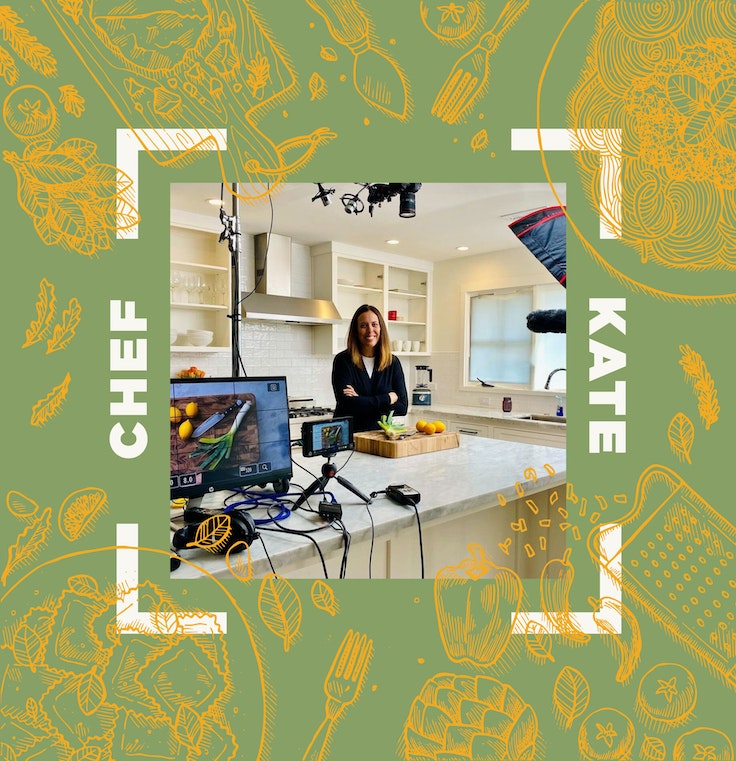 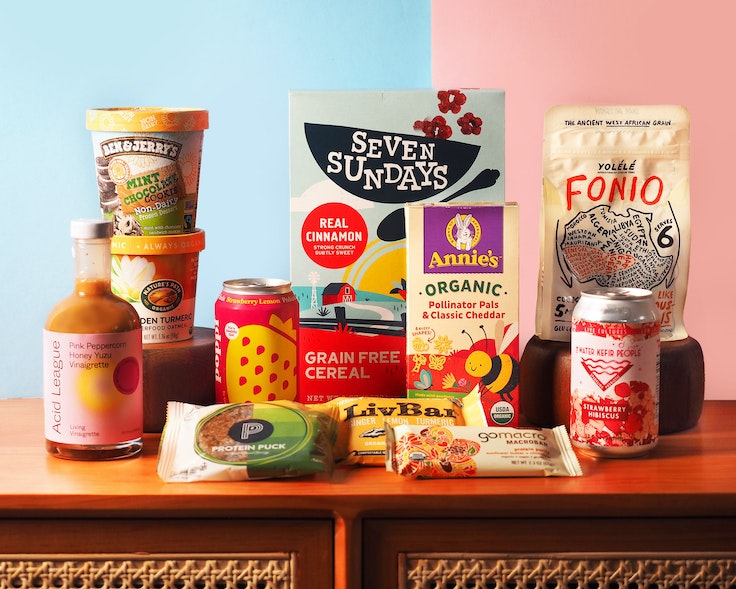 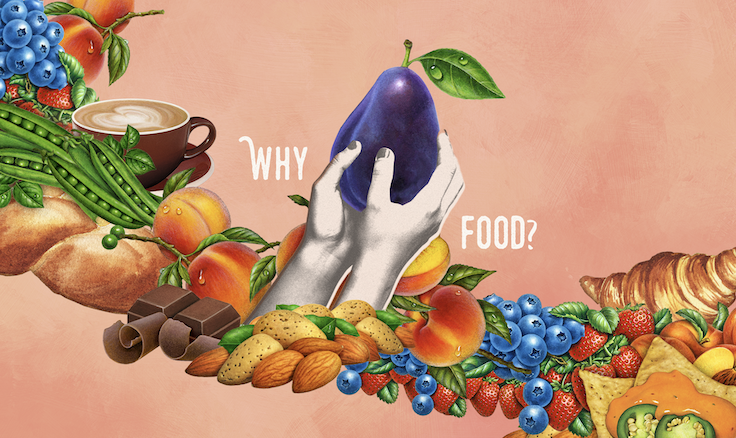